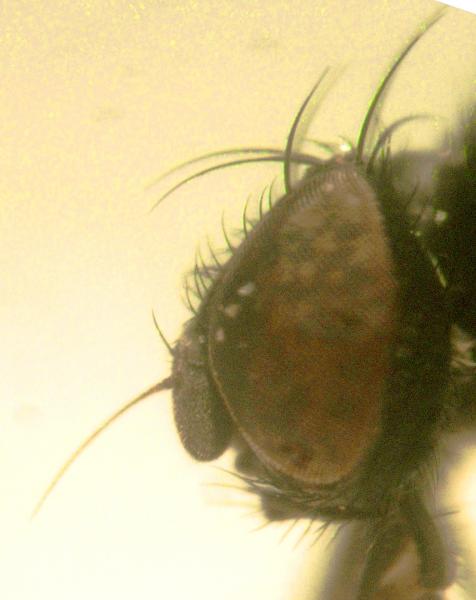 The genus Protearomyia was erected by McAlpine (1962). He distinguished this genus from all other members of the family by the following set of characters :

Species of the genus are known from South America, temperate north America and the Palearctic. Until recently only two species were known from the Palearctic, P. nigra and P. greciana however recent studies have shown that there are at least another three species present, These new species originate from mountainous areas in southern Europe and the Middle East (MacGowan and Freidberg, 2008) and it is likely that  that further species of this genus may yet be found in mountain refugia. Members of this genus are externally rather similar, even for Lonchaeidae. The legs in all known species are entirelly black, there is always only one stigmatical setae and the scutellum only bears the four setae. Males usually have a rather long 5th tergite which can be 2.5 to 5 times as long as the 4th tergite.  Positive determination is usually only possible after disection of the male genitalia.  However over most of Europe, from Russia to the Mediterranean,  only one species, P. nigra, is known so  identification is usually quite straightforward.

Not too much is known about the larval requirements of this genus but the evidence would seem to suggest that they are associated  with the decaying roots and stems of various grassland and meadow plants. certainly the adults are mostly associated with grassland habitats rather than with woodlands.